Where to Celebrate 4th of July in USA 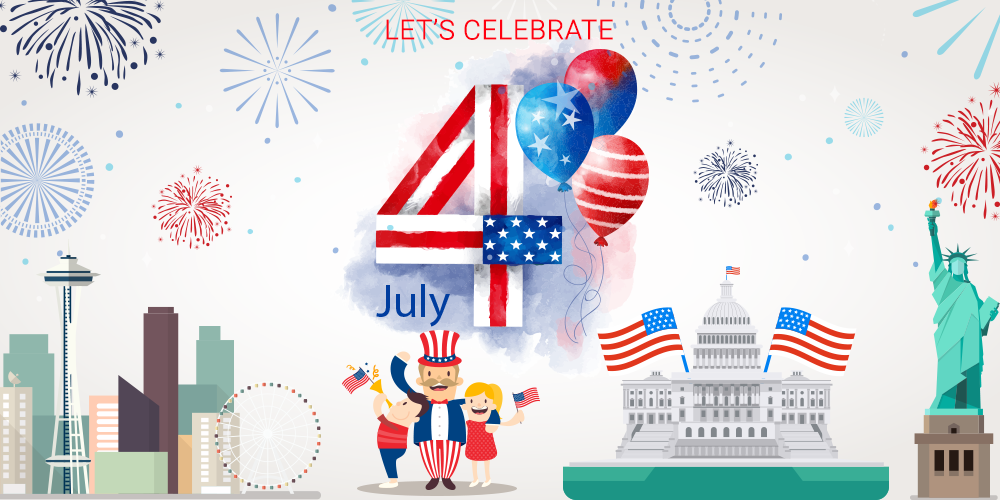 As a matter of fact, USA is famous for celebrating almost every festival with exuberance and zest. This nation is extremely fond of commemorating occasions such as Christmas, Easter Day, Memorial Day, Labor Day and many more associated with holidays. Likewise, the most acclaimed festival of USA is the Independence Day; which marks the historical revolution of signing the Declaration of Independence. It was based on the affirmation of the fact that 13 nations were no longer beholden to British under the reign of King George III. So, the 4th July is celebrated as the day America secured its freedom. Therefore, this day holds great significance for the people of USA and they celebrate it with utter ecstasy and jubilant.

It is discerned from the past history of American Culture that the Declaration of Independence was signed in Philadelphia at the Second Continental Congress meeting in July 4 1776. In addition, it was drafted by Thomas Jefferson and it clearly asserted the reasons for the break from the British Empire following the outbreak of the American Revolutionary War in 1775. Thus, through such ardent struggle and determination the people of USA attained their independence.

Moreover, in this contemporary age the Independence Day is celebrated with patriotic displays of parades and mostly summer events. It is evident that it is one of the essential federal holiday and it is celebrated by people across the country with extravagant parties, lush picnics and appetizing barbecues. The entire nation unites to demonstrate fraternity and join each other under the gust of USA national waving flags and setting off fireworks to a chorus of The Star-Spangled Banner. Furthermore, at the military bases across the country; a gun for each of the state of America is fired at noon in regards to venerate the unity and brotherhood.

On the contrary, the one particular thing that nation of USA tends to love more than the land of America is definitely fireworks. Indeed, many residents of cities, towns and suburban rush to compete against one another in the privilege of having the best scene of 4th of July fireworks in the U.S. Hence, the best places to see 4th of July fireworks are enlisted below for you to grab an air-ticket and witness the beauty of this commemoration. Primarily, Bristol, Rhode Island was the first place in the country to have a parade in order to venerate this significant historic date. In addition, the event also includes a series of concerts, magnificent fireworks and certain balls to highlight the importance of this traditional occasion.

Secondly, Washington, D.C. being the capital city of USA is highly responsible for demonstration of patriotic behavior and attitude. Usually, this city is embellished with red, white and blue colours giving a sense of unity and harmony. Moreover, children seek to wander the streets dressed as Benjamin Franklin, the founding fathers and other great Americas throughout history. Besides, the military is very much a pillar-stone of the National Independence Day Parade here, with marching bands, drum corps, floats and political figure-heads streaming from Constitution Avenue and 7th Street past the Smithsonian to 17th Street. The White House puts on its own show of beautiful and explosive fireworks on the South Lawn, while government officials also make speeches and take part in events.

Furthermore, Philadelphia as the home of the Declaration of Independence, displays a blissful sight of concerts, fireworks, street parties, movie screenings and even the odd free history lesson or two. The week’s events culminate in the Fourth of July Jam and Grand Fireworks Finale, one of the nation’s largest free outdoor concerts, and the impressive firework display over the iconic art museum.

Lastly, the main city of extreme hustle and bustle i.e. NYC shows a grand pyrotechnic display in the entire country than Macy’s 4th of July fireworks. As a matter of fact, last year in 2017 New York City launched of over 50,000 shells, filling the sky with a burst of colour from barges lined along the East River. Moreover, the best spot to enjoy fireworks are from the Brooklyn Bridge Park or the Brooklyn Heights Promenade, which allows you to see the entire phenomena as the backdrop of the country’s most famous and iconic skyline.

Hence, American celebrate their Independence Day with great zeal and ecstasy which is renovated in the extravagant display of their fireworks, concerts, parades and parties throughout the nation.

Odoo CRM Is the Best Way to Boost Your Sales